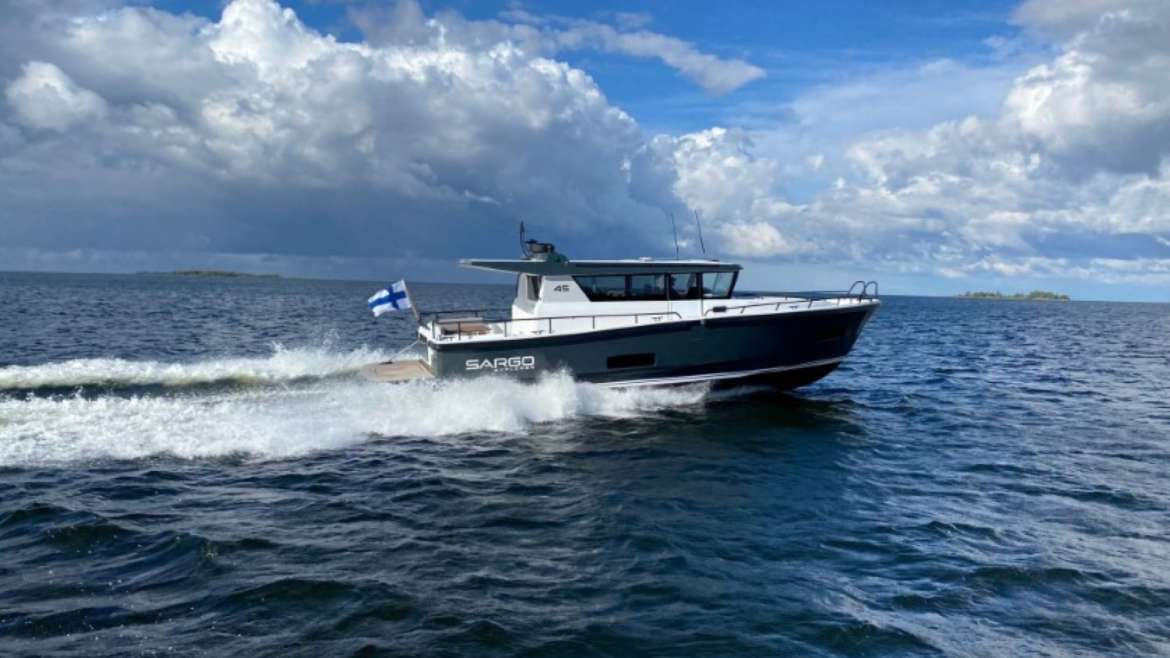 SARGO 45: The All Seasons Yacht

Safe, solid, and tough sportiness. The all New

After 55 years in the industry Sarins Båtar is now launching a new model over 40 feet, SARGO 45. This will extend the modern SARGO series of models that today is from 25-36 feet.This completely new SARGO 45 has a total length of 14.60m and a width of 4.25m. It follows the leading concept of SARGO’s tough all-season boats and is, of course, equipped with wide side doors for easy access, single level deck, gate in hull side and a bright, modern steering cabin with a large roof hatch. Scrupulous development has also been done on safety, driving comfort and fuel economy.

“We now feel that we are ready to build boats larger than 40 feet” says the CEO of Sarins Båtar Thomas Sarin. The company has a solid ground, all our current models are market leaders among all-season boats. The segment of boats between 40 – 50 feet has a large market around the world and SARGO 45 will have a leading role in this segment.

SARGO 45 has 2 social deck areas, a U-sofa on the bow and a spacious L-sofa aft. The deck around the boat is all in one level and the 2 wide side doors and the aft door makes the entrance to the wheelhouse very easy.In the wheelhouse there is exceptionally place for 4 persons in the front seat, a large 8-person dining area and a well-designed galley. The steering position is the well-known SARGO layout with the functional tilting steering console.The accommodation is first class with 2 or 3 cabins and 2 separate toilets with shower.For professional users, the aft deck can be open for storage, the interior can be customized according to your needs.

The cruising speed is up to 30 knots with twin diesel engines equipped with stern drive or IPS. The hull of SARGO 45 is optimised for rough conditions with a sharp bow and a stable aft.

News & Events, Reviews & Links August 2022
We use cookies so we can offer you a better navigation on our website. If you continue to use this site, you are agreeing with the use of cookies on all its pages. OKInformation